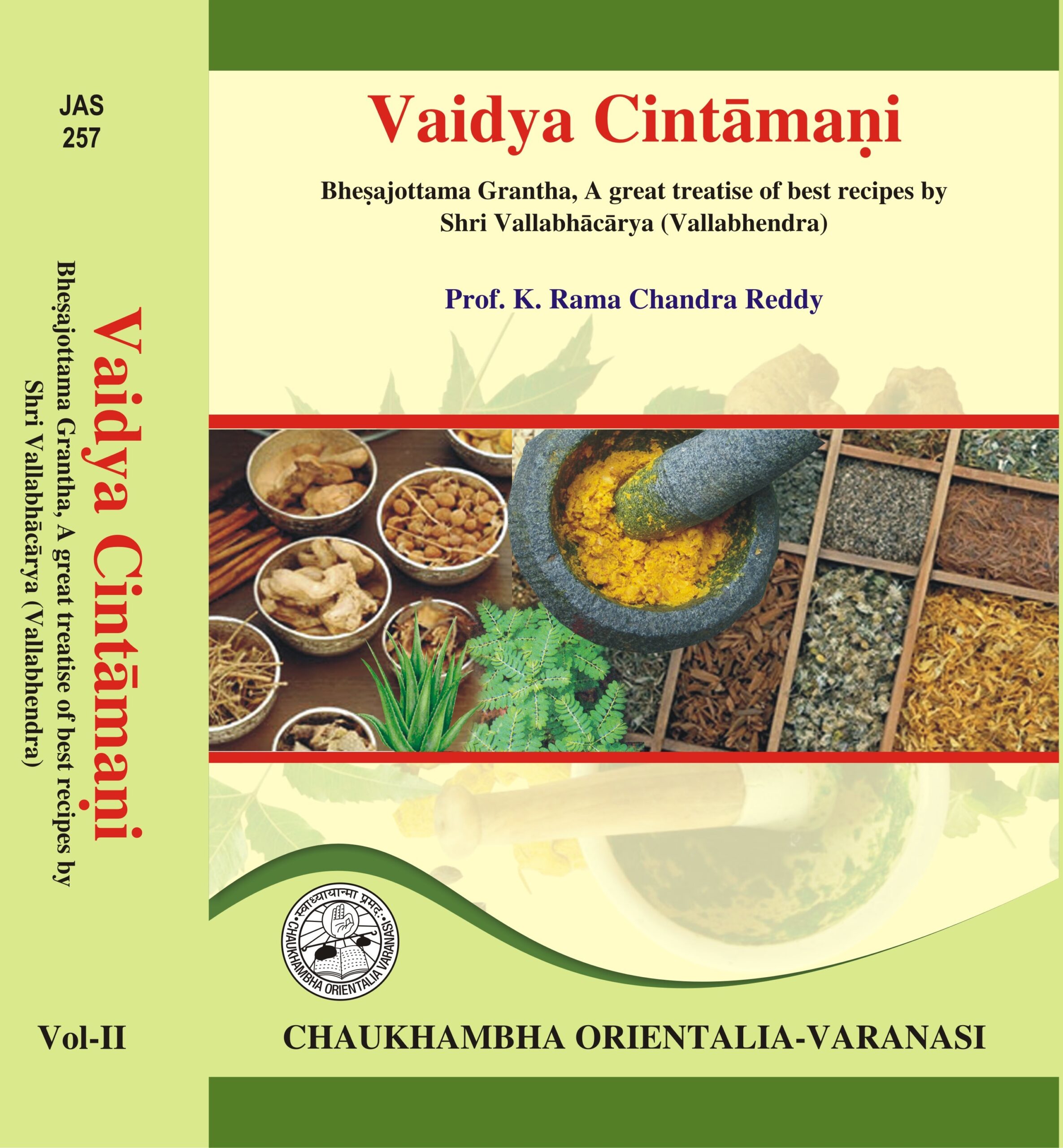 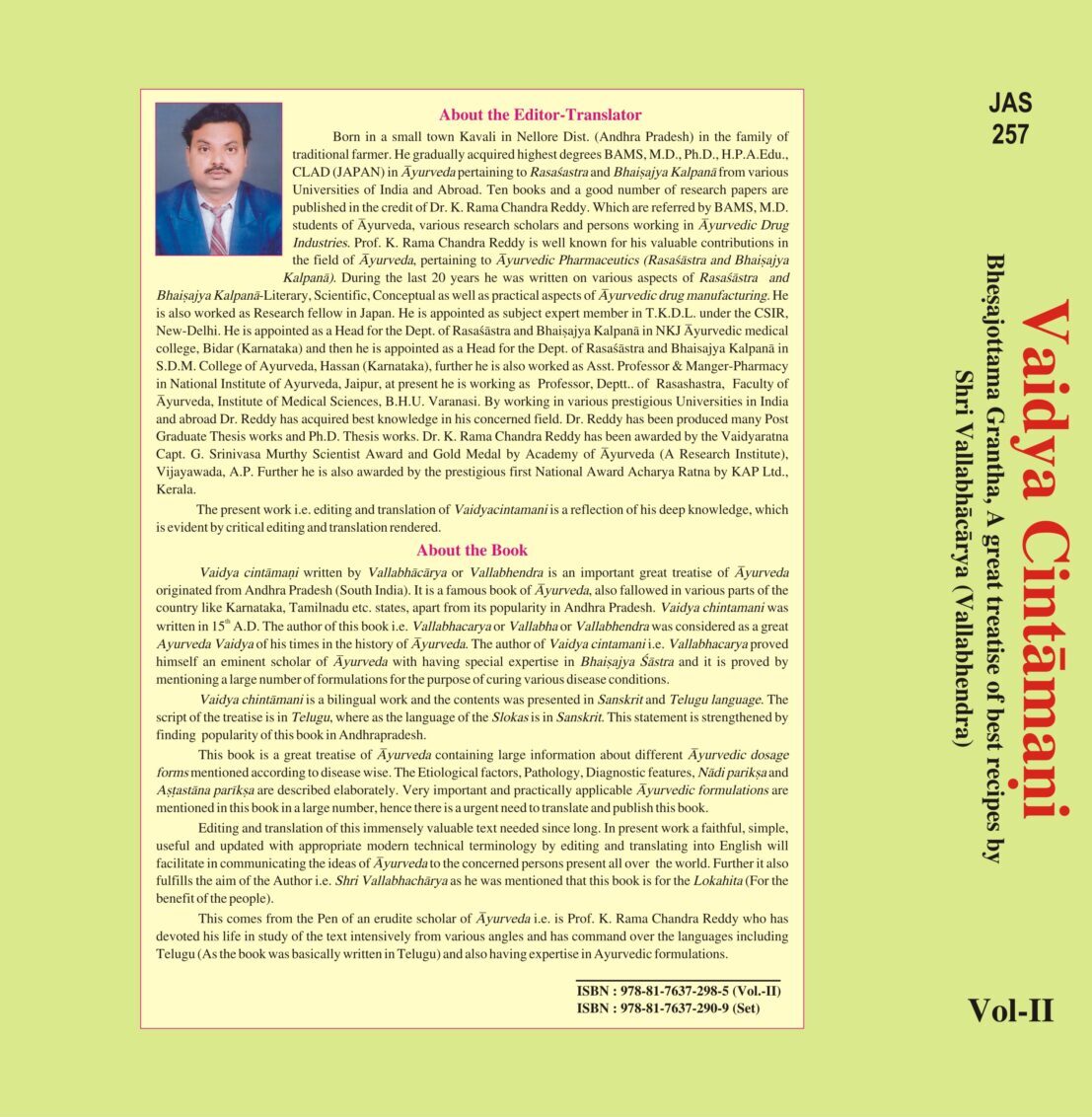 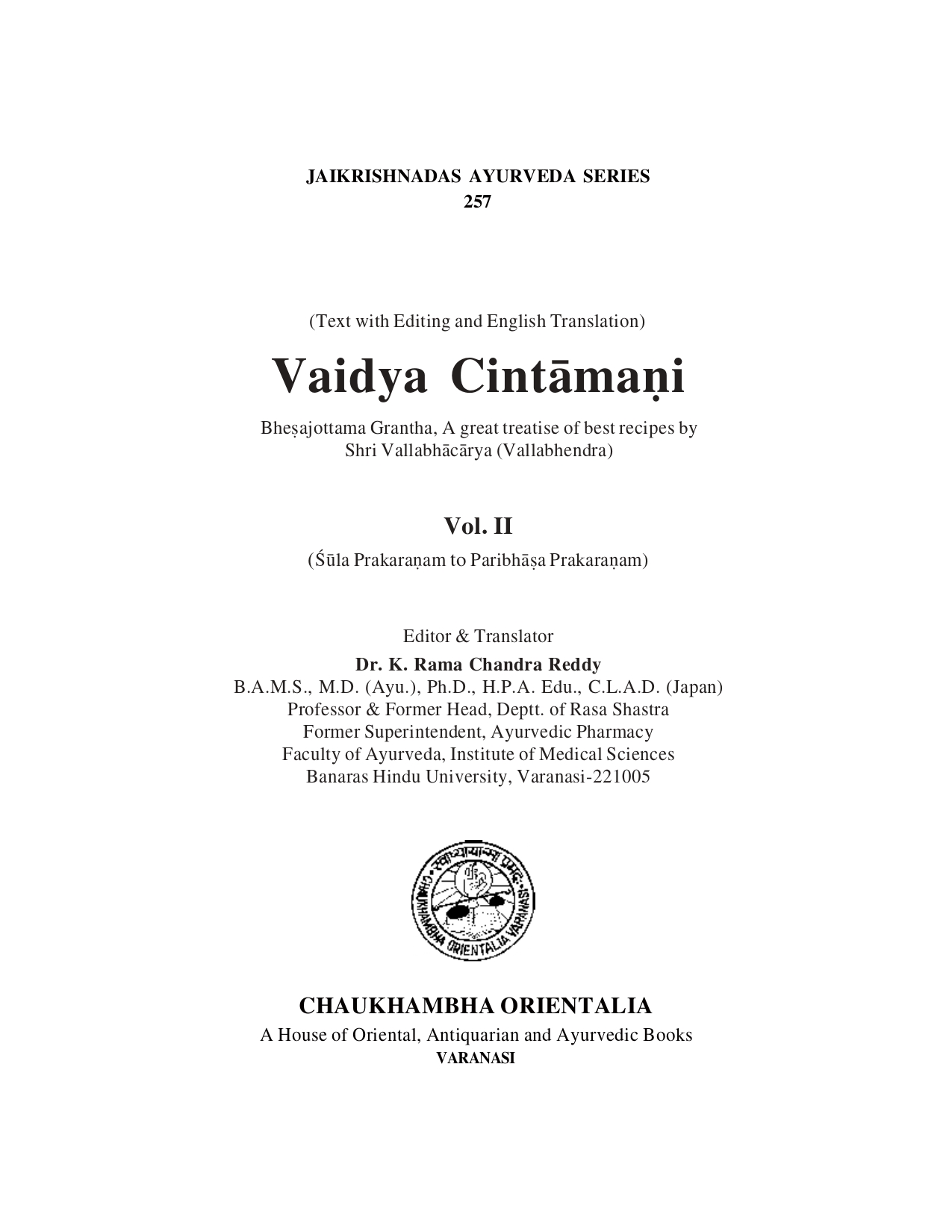 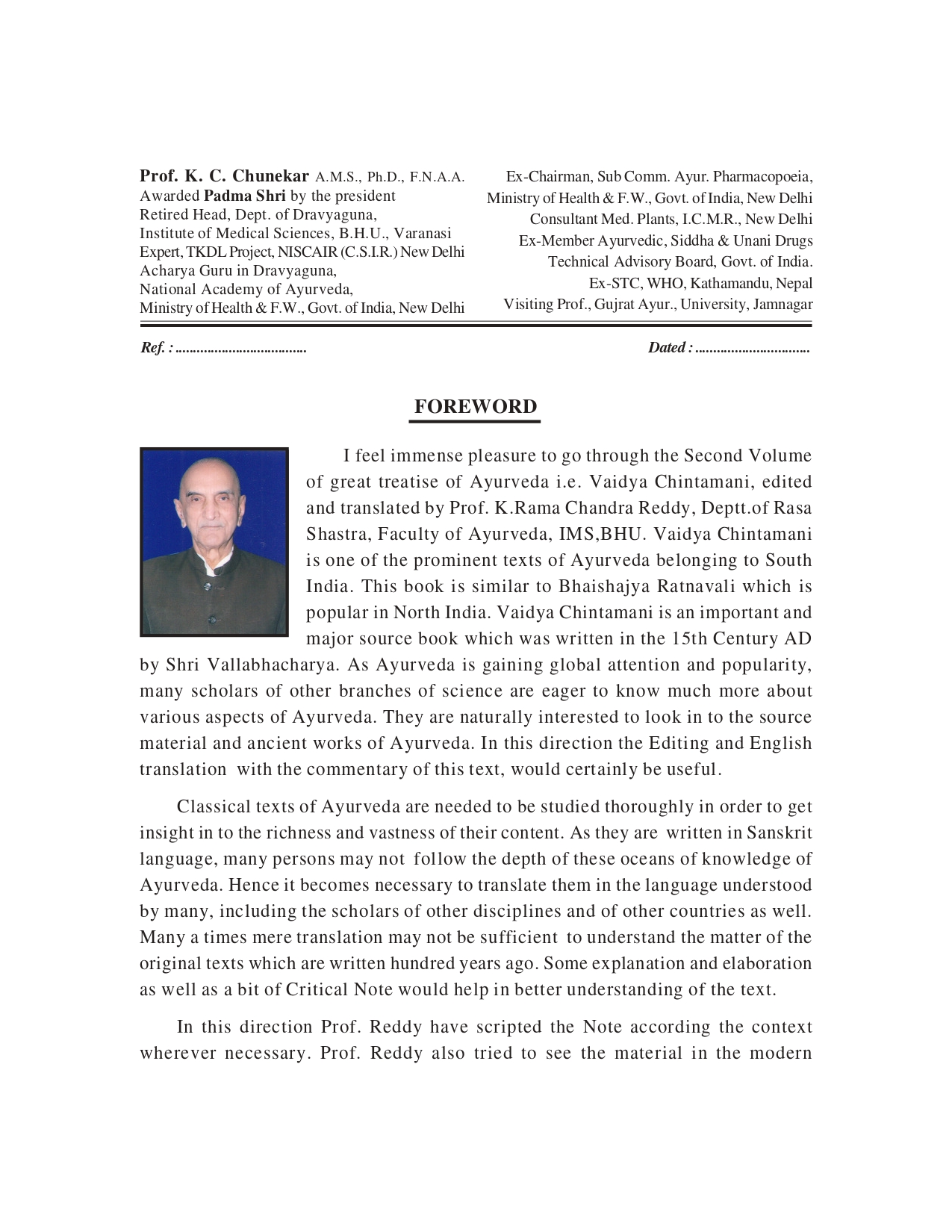 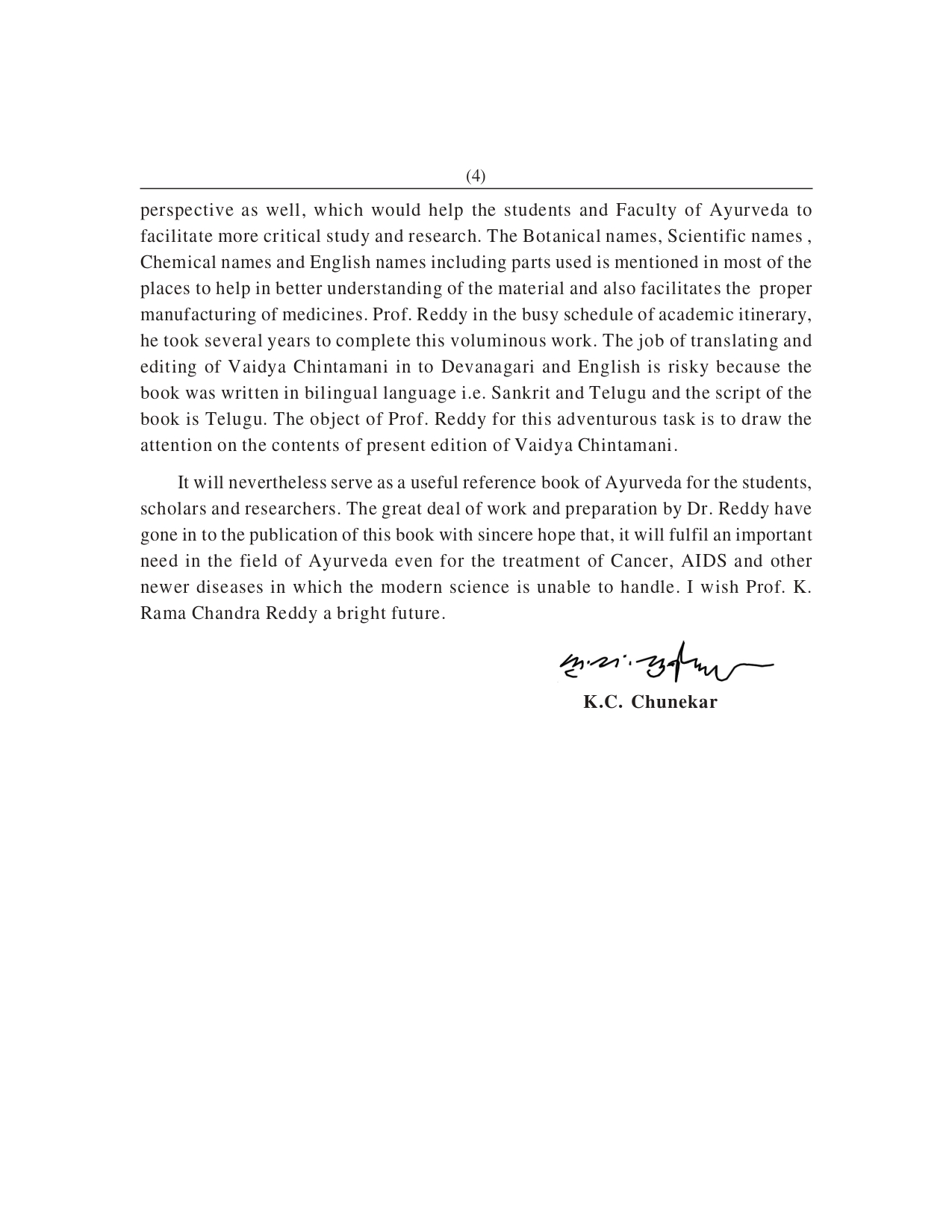 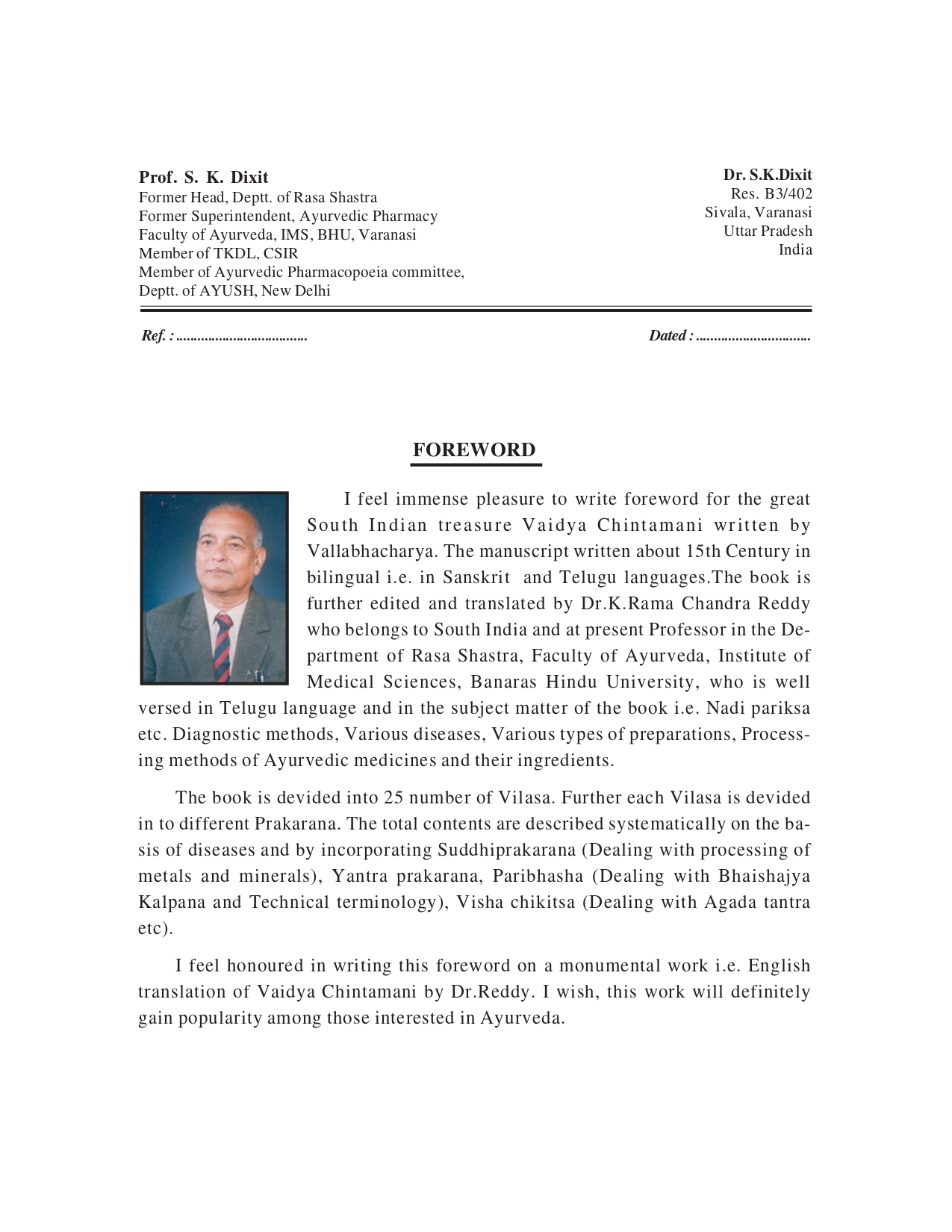 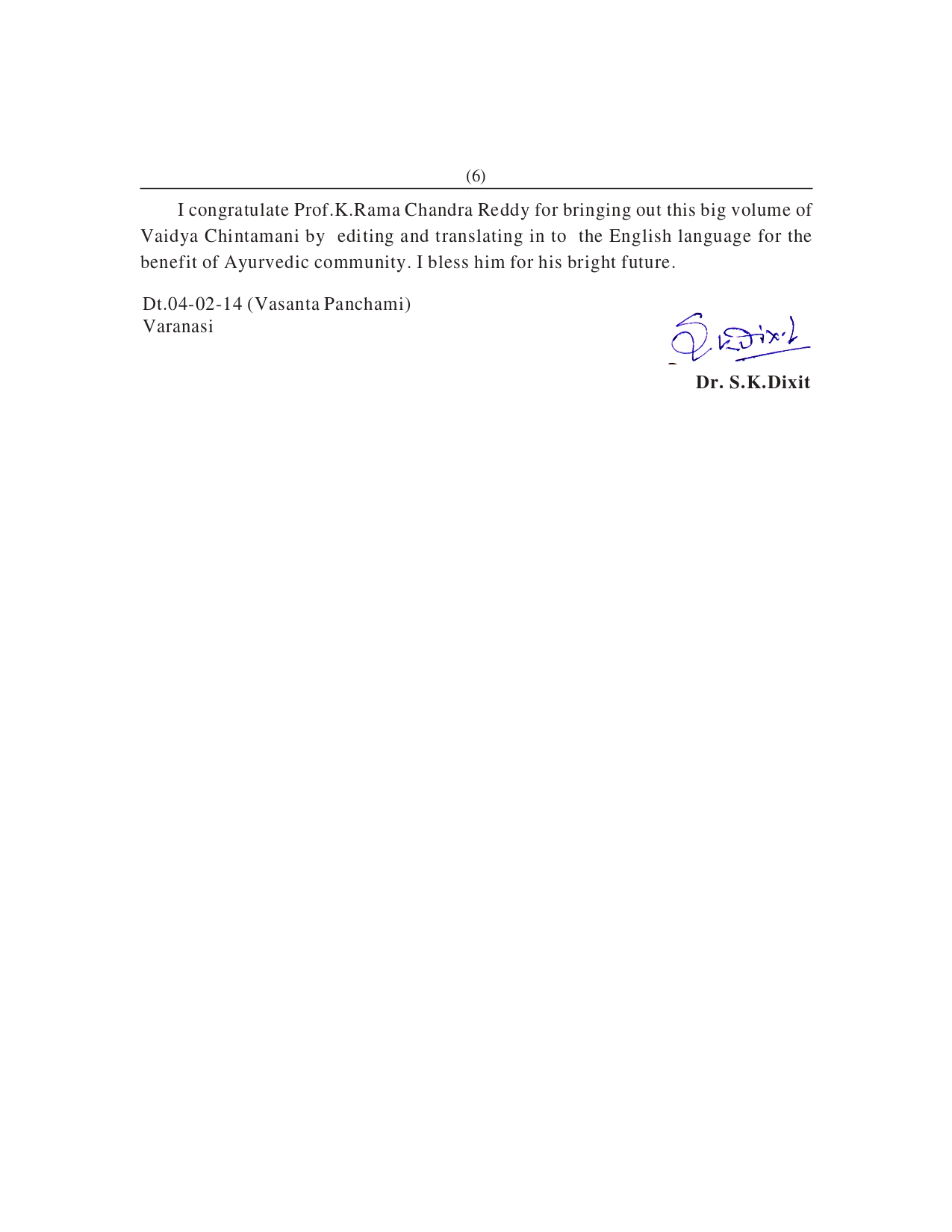 The Vaidya Chintamani, a treatise of Ayurveda which was originated from Andhra Pradesh incorporates very significant formulations of Ayurveda. The present edited and translated exposition of Vaidya Chintamani not only contains botanical, chemical and scientific nomenclature of all the ingredients of different formulations but also
explains the method of preparation, dose and therapeutic uses of Ayurvedic medicines. This book will not only influence the readers, but the researchers will also take benefit of this. The Author of Vaidya chintamani was Vallabhacharya and it was written in 16th AD. The author of Vaidya chintamani described a number of
efficacious formulations, therapeutic procedures, dietetics and non-dietetics for the purpose of curing various disease conditions. Vaidya cintamani replete with the information about the drugs vogue in Ayurvedic practice of Andhra region and encompasses a lot of information about new drugs not known to Ayurvedic physicians and scientists of the rest of the country. Historians and Scientists have not thoroughly scanned the works written in different
languages. The screening of such works may engender information about new drugs. The book is divided into 25 number of Vilasa. Further, each Vilasa is divided into different Prakarana. The total contents are described systematically on the basis of diseases and by incorporating Suddhiprakarana (Dealing with the processing of
metals and minerals), Yantra prakarana, Paribhasha (Dealing with Bhaishajya Kalpana and Technical terminology), Visha chikitsa (Dealing with Agada tantra etc).

Be the first to review “Vaidya Chintamani (Volume 2)” Cancel reply